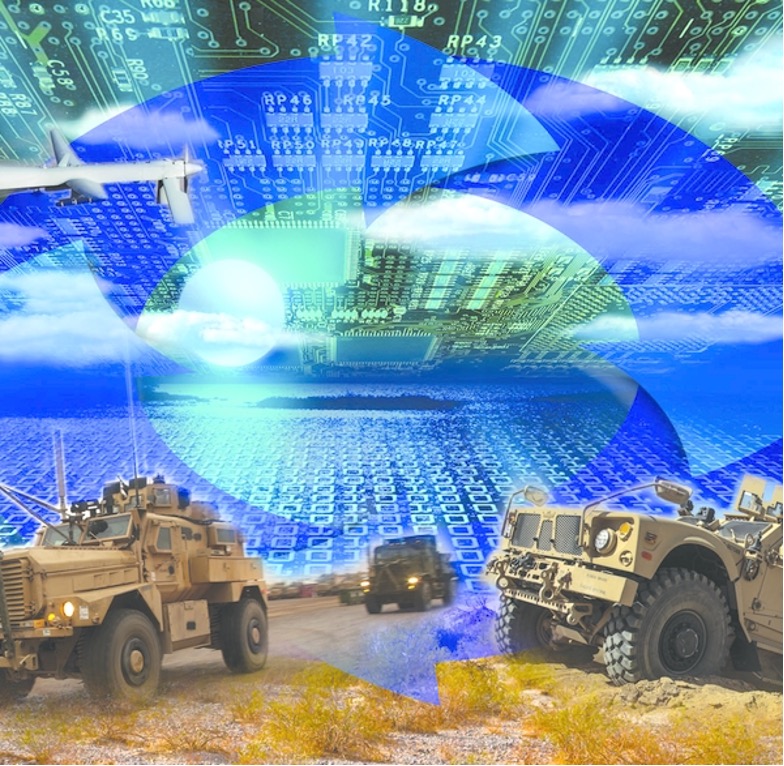 Many of the embedded computer providers offer products for both the industrial and military sectors. But by no means are they offering the same products for the two sectors. The products often have many similarities, but there are also many differences. And those differences may not always be immediately obvious.

First, there is deployment time. The “rules” vary wildly based on the specific application, but in general, industrial systems should plan to be in the field for at least five years. On the other hand, military programs can run for 15 years or longer. Such a long life requires careful thought and planning for maintenance and upgrades and to stave off obsolescence and protect the investment for as long as possible.

It might sound obvious, but let’s define the terms first. The industrial embedded computer will likely have similar I/O ports to a standard commercial PC, including serial ports and digital I/O.

At a minimum, industrial computers are CE certified for EMC and safety, whereas military computers comply with much stricter standards and certifications, including DEF STAN 00-35 (for environmental testing), MIL STD 810G (for material stressing), MIL S-901 (for shock and vibration), or MIL STD 461 (for EMC).

Again, it’s application-specific, but you can assume that the military platform would need to be designed for harsh environments, including extreme temperatures and high levels of shock and vibration. Example military applications include weapons and surveillance systems, navigation, communications systems, and radar systems.

Industrial systems could be found in similar situations, but that’s not the norm. In most cases, the industrial computer is designed for use in manufacturing or production-related applications. This could include anything from an industrial PC that helps separate products on an assembly line to any number of projects relating to the telecom, gaming, or medical spaces.

Military embedded computers will use the same data buses for things like LAN, USB, etc., but that connectivity goes through a military-grade connector, such as a lockable 38999 model, that offers better EMC, and better shock and vibration properties. Enhanced data buses, such as MIL STD-1553 or ARINC 429 may also be required on certain military applications. And EMC performance can be further improved through the use of filtered power supplies.

There Are Some Clear Differences

As you would expect, the demands for security in the military domain can (and should be) held to the highest standard, including the requirements for data encryption, and restricted access to I/O ports and drive bays. There’s also the protection against eavesdropping attacks, as directed by the TEMPEST standard, which maintains proper shielding between circuits that carry sensitive information.

Keep in mind that not all military deployments require a certified rugged computer. It’s cases like this where the embedded computers at WINSYSTEMS shine, as they more than cover the standards needed for industrial platforms and can bridge the gap between industrial and military. In addition, WINSYSTEMS will soon offer products that conform to military standards.

One example industrial computer is the WINSYSTEMS PX1-C441 single board computer (SBC), which is designed to the PC/104 form factor. It features the latest generation Intel Apollo Lake-I dual- or quad-core SoC processors, as well as up to 8 Gbytes of soldered down LPDDR4 system memory and a non-removable eMMC device for solid-state storage of an operating system and applications. The PCIe/104 OneBank expansion is included for higher speed transfers. The small size, rugged design, and extended operating temperature of the PX1-C441 make it a great fit for industrial IoT applications as well as “light” military deployments.

If your target application falls into the MIL/COTS arena, the WINSYSTEMS’ EBC-C413 is a great fit. The EBX-compatible SBC is designed with Intel’s Bay Trail E3845 or E3825 microprocessor. It offers a rugged design and an extended operational temperature (-40°C to +85°C). Robust expansion is handled through eight USB 2.0 ports, four serial ports, two 10/100/1000 Mbps Ethernet ports, and through MiniPCIe, mSATA, and PC/104-Plus interfaces.

Yet another option is the WINSYSTEMS’ COMeT10-3900, which boasts onboard TPM 2.0 hardware security. The industrial COM Express Type 10 Mini module is powered by an Intel Atom E3900 processor. This low power industrial module is designed as a processor mezzanine that can be plugged onto a carrier board that contains user-specific I/O requirements. Hence, it can serve as a cost-effective upgrade option. Features of the COMeT10-3900 include up to 8 Gbytes of LPDDR4 memory, a wide power input range, (4.75 to 20 Vdc), and extensive I/O expansion options.

At the end of the day, designing to meet either industrial or military standards is not a trivial task and is best undertaken by an experienced engineering team, like the experts at WINSYSTEMS. That’s the best way to prevent the risk of project delays and additional costs.