Does Made in the USA really make a difference? You bet it does, and the reasons for that statement are now stronger than ever, thanks to things like the pandemic, the chip shortage, the difficulties in securing end systems, counterfeit components, and on and on. 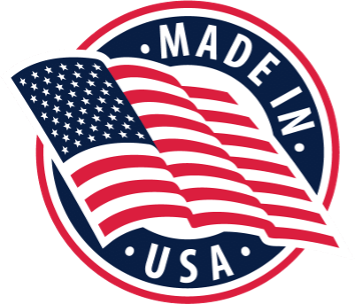 This argument is amplified if you are sourcing boards and systems that are intended for industrial and rugged applications, including robotics, and artificial intelligence, all of which can be deemed as “mission critical.” It’s also true for systems developed for aerospace and defense, as well as what’s deemed the “essential infrastructure.” The latter refers to things like our communications network, emergency services, government facilities, the financial sector, and so on.

A vendor that manufactures in the U.S. is likely to also handle all the integration and testing here as well. This improves the time to market for the customer. It also makes it easier for manufacturers (and their customers) to scale the products when they’re dealing with a local supplier.

Dealing with US-based manufacturers makes the scheduling process easier. While some delays are unavoidable, they are easier to deal with when you’re dealing with people on the same continent and the same (or close) time zones. And from experience, delays are more frequent with non-US-based manufacturers, thanks to longer travel, customs, and general uncertainty. When delays do occur, they can snowball down the line. A delay of one simple component can shut down an entire assembly line.

Made in America is more than a “feel good” saying. Specifically, purchasing American-made products creates and encourages more exports, which should establish a proper balance in American trade in exports versus imports. In addition, the boost from supporting domestic businesses and the jobs they create puts more money into the national budget. Thriving domestic businesses means more jobs, thereby creating a “snowball” in the positive direction.

While there’s often a “feel good” feeling that one gets when dealing with localized manufacturing, that feeling only goes so far. The manufacturer obviously must perform to the expected standard.

WINSYSTEMS is an example of a US-based manufacturer, with its facility in Grand Prairie, Texas, a suburb if Dallas. It builds its boards and assembles its systems all on-site in a nearly new state-of-the-art facility factory (WINSYSTEMS moved into the new facility near the end of 2019). From that centrally-located headquarters, the company is able to serve its global clientele, contribute to the U.S. economy, and grow the onshore ecosystem.

WINSYSTEMS’ products are aimed at the embedded and industrial computing markets. Through its localized manufacturing and assembly, the company can reduce its customers’ time-to-market and avoid being at the mercy of international disruptions, which are becoming more commonplace.

The carrier board is primarily intended as a reference and evaluation carrier board for WINSYSTEMS Type 10 COM Express modules. However, it includes industrial rated components and is fully production-ready. It can be combined with a COM module, Mini-PCIe, display and M.2 SSD for a versatile solution to your embedded computing requirements.

The board boasts an extensive feature set, including an operating temperature range of -40ºC to +85ºC, an input voltage range of 5 to 20 Vdc, support for two independent displays, and connectivity that includes two Gigabit Ethernet, two USB 3.1 Gen 1 and two USB 2.0, four serial ports, and three Mini-PCIe interfaces.

We know that system integrators have lots of choices when selecting a supplier. And the priority list may be a lengthy one. It would serve you well to keep “Made in the USA” at the top of that list.