If you’re a system developer or systems integrator, you likely have a dilemma: which form factor single board computer (SBC) do I deploy in my system? The answer is a very quick “it depends.” And it depends on many factors. I’ll go through some of the more popular form factors here so you can make an informed decision.

There are plenty more options than what I’m describing here (emphasis on “plenty”), but we have to draw the line somewhere. I’m drawing it where we can satisfy the majority of industrial applications. I’ll cover them by size, from largest to smallest.

The Embedded Board, eXpandable, or EBX standard, is the physically largest of those that I’ll cover here. It’s governed by the PC104 Embedded Consortium and the specification is freely available to all interested companies and may be used without licenses or royalties.

EBX: Big, But Not Too Big

The EBX SBC is large enough to hold all the functions of a full embedded computer system, including a CPU, memory, mass storage interfaces, display controller, serial/parallel ports, and other functions.  The EBX is popular where there is more space for the x-y axis and less in the z-axis, providing options for less dense connectors, which can help cabling costs.

An EBX SBC can be expanded with standard modules, including any of the stackable PC104 variants. This makes the board highly customizable, as there’s a slew of PC104 modules available from a long list of suppliers. The combination of EBX plus PC104-Plus results in processor independence for the developer. An example of such a board is the WINSYSTEMS’ EBC-C413, an industrial SBC built with Intel’s Atom E3800 series CPU, dual Ethernet, serial ports and 48 general purpose I/O (GPIO).

There are multiple ITX standards; from largest to smallest, they are the Mini, Nano, Pico, and Femto. The Mini-ITX is quite large compared to the rest of the boards covered here, measuring slightly smaller than the EBX SBC. The size permits use in most types of equipment, including in-vehicle, industrial, and IoT. While originally designed as a low-power product, Mini-ITX boards now encompass just about any flavor and are often targeted at commercial designs without rugged or industrial specifications requirements.

Next is the EPIC form factor, whose boards tend to feature multiple I/O, unified connectors along the edge of the PCB, the ability to stack PC104-Plus expansion modules and operate in extended temperatures. These boards often find homes in higher performance applications and have a relatively easy path to future upgrades. The EPIC-compatible EPX-C414 from WINSYSTEMS uses Intel’s Bay Trail E3845 or E3825 processor. Its rugged design and extended operational temperature suit it for industrial applications. 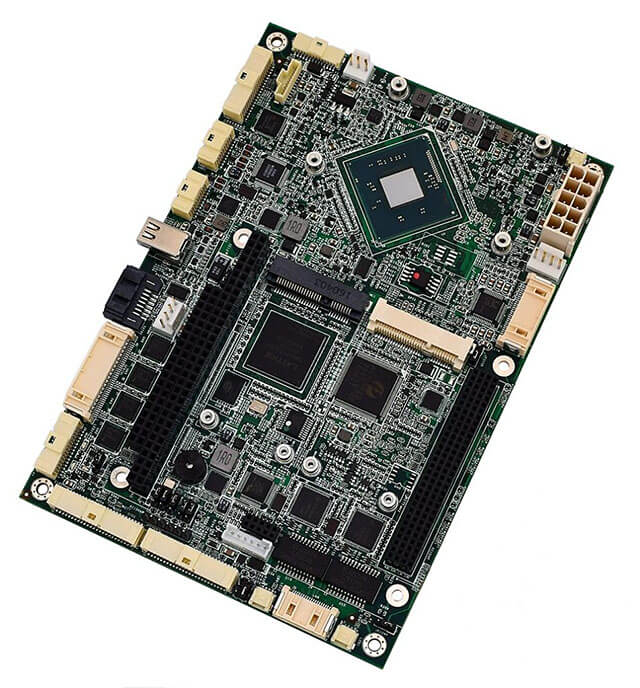 You would think that the 3.5-in. form-factor board would measure 3.5 in. However, you’d be wrong. The form factor was developed to accommodate the hosting of the popular 3.5-in disk drives. Hence it measures larger than the drive (which actually measures 3.6 by 3.5 in.), coming in at 5.75 by 4 in. This gives some space beyond the drive to house other electronics, assuming you embedded a rotating disk drive. Such SBCs are often lower profile and fanless, which means that typically operate at lower power levels. WINSYSTEMS’ SBC35-C398Q quad-core SBC combines high-performance multimedia graphics with a rich mix of industrial I/O. The Freescale i.MX 6Q processor’s integrated power management offers high efficiency and allows operation from -40° to +85°C without active cooling. It’s designed for demanding graphical applications in security, transportation, medical, and digital signage.

The Nano-ITX shares many of the same characteristics as the Mini-ITX form factor, yet it measures 50% smaller. As components get more integrated and shrink in size, it allows for more dense packaging, as evidenced by the availability of Nano-ITX products.

PC104 encompasses a slew of stands, from the original PC104 to PC104-Plus, PCI-104, PCI104 Express, and PCIe104. It gets its name from its personal-computer (PC) origins and the 104 pins that are used to connect the cards together. These cards are typically used in a stacked configuration.

PC104-Plus added support for the PCI bus to the original standard, which uses the ISA bus. The PCI-104 form factor keeps the PCI connector, but removes the PC104 connector, in an effort to maintain high performance while increasing the available board real estate. In this variant, the connector contains 120 pins, but the “104” naming convention remained intact. The PCI connector location and pinout are identical to PC104-Plus. 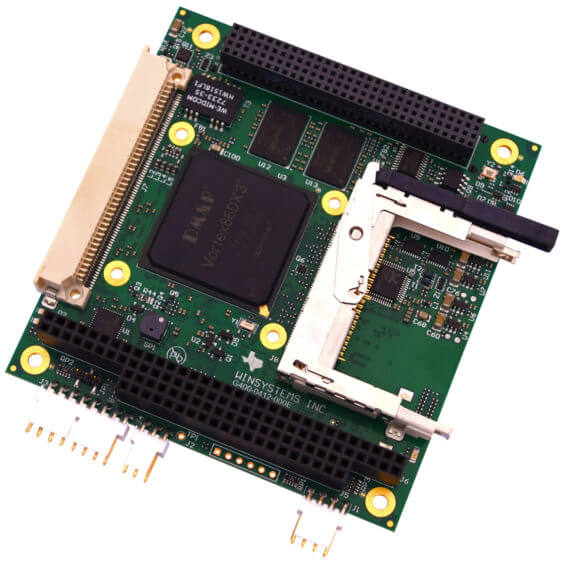 An example of a PC104-Plus offering is the WINSYSTEMS’ PPM-C412 SBC. It features a DMP Vortex86DX3 SoC processor, a rugged design, and an extended temperature range, putting it into industrial IoT applications and embedded systems like industrial controls, transportation, Mil/COTS, and energy.

The final PC104 option is PCIe104. It’s similar to PCI104-Express but removes the legacy PCI bus to increase available space on the board. Like the PC104-Plus and PCI-104 relationship, the PCIe104 board is incompatible with PC104-Plus and PCI-104 systems. If necessary, a PCIe-to-PCI bridge device can be used.

Both the PCI104-Express and PCIe104 specification added an option for OneBank, which takes advantage of a smaller, lower-cost bus connector, yet is compatible with the full-size PCIe104 connector. This option lets designers stack boards using a complementary format that frees up board real estate for additional components or a cost reduction. WINSYSTEMS’ PX1-C415 is an example of a PCIe104 SBC that incorporates the OneBank expansion.

The Pico-ITX embedded boards are quite small at 100 by 72 mm. Board vendors have done a great job at maximizing that small space, packing in a lot of functionality. The small size suits the SBCs for in-vehicle PCs, in-flight entertainment systems, industrial automation systems, and portable devices.

Finally, the Femto-ITX boards take you to a tiny 84 by 55 mm. You’d be hard pressed to find a standard form factor smaller than Femto-ITX. WINSYSTEMS’ ITX-F-3825 series SBC manages to pack an impressive feature set into this ultra-small package. It’s based on Intel’s E3825 processor which provides CPU and graphics performance. Suitable applications include UAVs, medical, robotics, and digital signage.

Choices for SBC form factors are aplenty. However, with all those available options, if you really need something that doesn’t fit one of these form factors, fear not. Because a custom form factor is always a possibility. WINSYSTEMS has extensive expertise in the design and manufacturing of custom embedded SBCs and systems.