The age of digital signage is upon us. Just driving down the highway shows examples of billboards that rotate their messages as we pass. In many scenarios, signage that can recognize what’s occurring in its surroundings can be a boon for merchants, manufacturers, consumers, and the general public.

Now, the digital transformation of public spaces is accelerating rapidly, from bus and train stations to arenas and stadiums. And with wireless broadband just around the corner, the development of smart cities is already occurring, and digital signage plays a large role there.

For example, Signify Brightsites claims to offer a digital pathway for the modern city, using the ubiquity of a city’s existing street lighting infrastructure. On these omnipresent poles, the company can deliver 4G/5G, WiFi, LoRa, Sigfox, and fiber hubs, all types of delivery medium for a digital sign. Note that you’ve just entered the realm and vision of the industrial IoT. 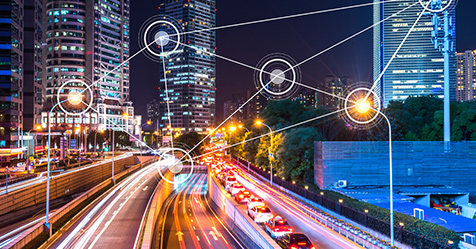 By maximizing the existing technology, you can be assured that you’ll have the best looking and most reliable LED billboards possible. This helps you to maximize your ROI while reducing risk, maintenance, and operating expense. For example, the WINSYSTEMS’ SBC35-427 industrial single board computer (SBC) takes advantage of Intel’s Apollo Lake-I E3900 series processor to drive an outdoor display/digital signage, as well as a host of other industrial IoT applications.

Features of the SBC35-427 SBC include three simultaneous display outputs, dual DisplayPort, and LVDS with digital backlight and touch support, all requirements for digital signage applications. The board also includes two 10/100/1000 Mbit/s Ethernet ports and a host of USB and serial interfaces. The operating temperature ranges from -40°C to +85°C, more than adequate for just about any indoor or outdoor signage application.

Another application to consider are indoor LED video walls, such as Watchfire’s ultra-high-resolution S-Series LED displays. Such displays can deliver optimal visibility, color, and brightness under indoor lighting conditions. With the company’s versatile mounting options, design integration and installation can be adapted to the environment’s architectural needs.

You’ll also see such displays in commercial settings like stores, banks, malls, and housing centers. Malls, in particular, offer a unique opportunity for outdoor digital signage due to its potential to generate revenue with paid advertising slots. Amusement parks, sports venues, and stadiums have long been consumers of digital signage, which could even include a virtual scoreboard that allows for rotating advertising in addition to keeping score. A large-scale example of such a sign is in place at Mercedes-Benz Stadium in Atlanta.

A related application, and certainly an interesting one, is the IoT smart pole. Similar to both a street light and a digital sign, the IoT smart pole combines a cluster of IoT technologies and capabilities, such as Wi-Fi, cameras, and sensors. It’s suitable for urban areas and can conform to just about any style within a neighborhood.

With that said, one of the challenges is maintaining and updating the signage after it’s been deployed. Systems suppliers are easing the integration process by developing solutions that reduce the complexity of deployment while overcoming the typical management and maintenance challenges associated with digital signage. These platforms integrate a suite of remote management functionality that offloads on-site technicians from the complexity of maintaining digital signage systems and shifts those responsibilities to IT departments.

From the suppliers’ perspective, the system is a basic IoT installment, using the cloud for storage and analytics and the edge-based display to take in information and do some simple processing. That information could be anything from the amount of light and temperature to counting the number of people that potentially read the signs. The results end up as a win for all.